Back to Search Results

A beautiful, striking, Grade II Listed property, set between Frant and Tunbridge Wells and with easy road access to both. Filled with charming period features and recently renovated to a high standard. With a large garden with far-reaching countryside views. No onward chain.

A wonderful Georgian Grade II Listed property that has been recently renovated to an exceptionally high standard, and with planning permission granted to extend to the rear. Flexible accommodation on the ground floor and light filled rooms throughout make this a wonderful home. A large and attractive rear garden, amounting to a third of an acre, gives this house a rural feel with far-reaching countryside views and plenty of space to relax. Very well situated for access to the town center, mainline station and many excellent schools.

If you would like to come and see this incredible property for yourself, please do call us to arrange a physical viewing.

WHAT WE LOVE ABOUT THIS HOUSE

Architecturally this house is a delight. It reminds us of a little castle with such unique Georgian sandstone craftmanship.

Chase Farm is on the Frant Road, just after the Bunny Lane turning. It is less than a 1 mile from the favoured southern side of the vibrant spa town of Tunbridge Wells with The Pantiles, an elegant Georgian colonnaded walkway, believed by many to be the most pleasant place in Tunbridge Wells to browse, shop, eat, drink and stroll. As well as half a mile from the village of Frant. There is also the mainline train station with its fast and frequent trains to Central London. The Commons are also less than a 5 minute drive away, which feature numerous walking trails over heathland and extensive wooded areas to the sandstone Wellington Rocks, which overlook the cricket ground. The award-winning Bluewater Shopping Centre is only 45 minutes' drive and if you want to escape to the coast, then the lovely seaside towns can be reached by train or car in under an hour. 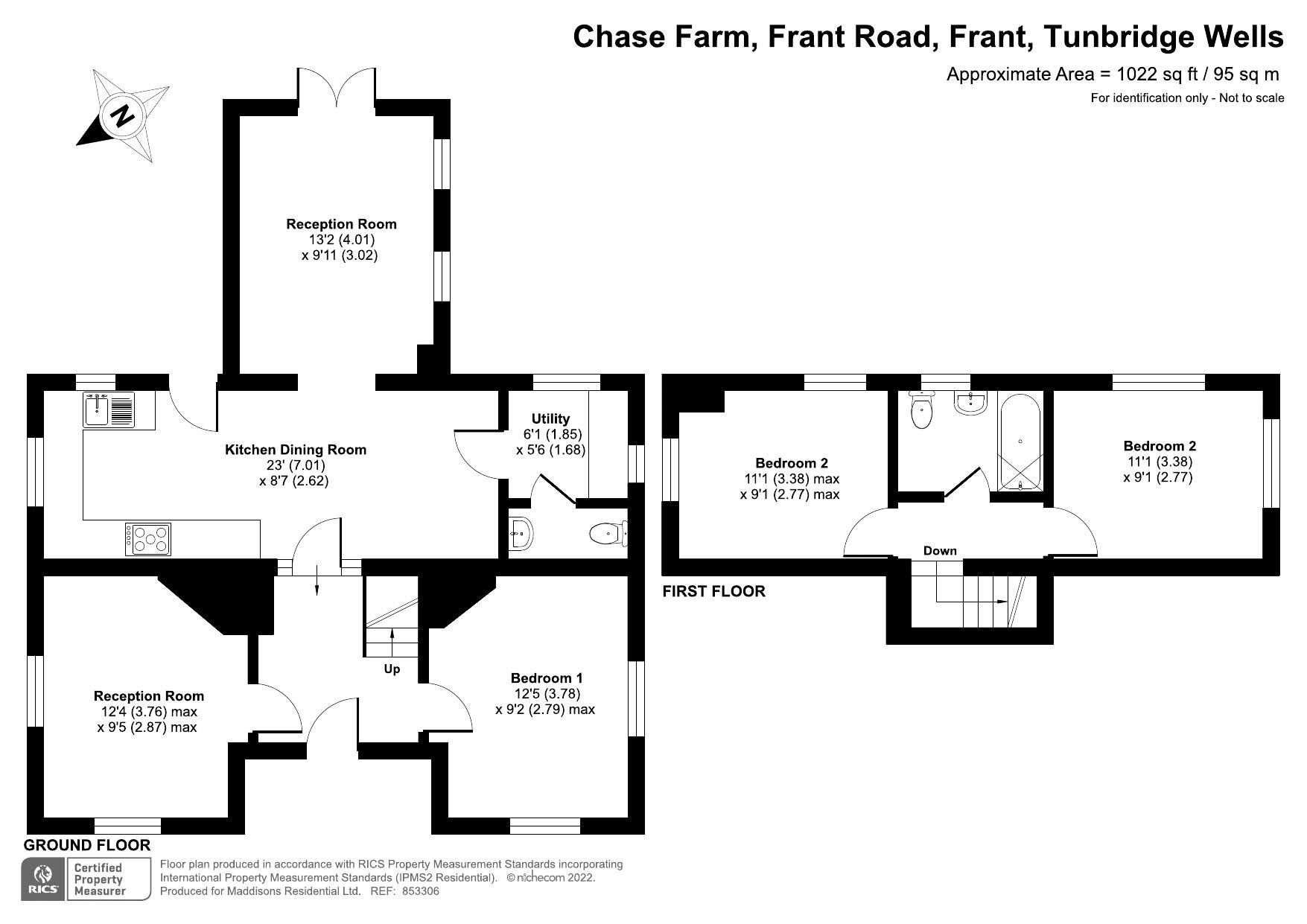 Do you think this property a contender? If so, you’ll want to arrange a viewing...

Want to speak with us instead? Deborah Richards would love to hear from you

Click here to see all of the statistics and analysis on the current state of the local property market.

It’s often said that Maddisons sells the best properties in Tunbridge Wells. And we agree…

Let’s find you your perfect property.

Please feel free to drop us a note using the below form and we’ll be in touch with you within 2 hours (during the working day !)...

Please feel free to drop us a note using the below form and we’ll be in touch with you within 2 hours (during the working day !)...